This opinion article by Etzel Cardeña has been signed by many scientists from all over the world and I am one of the signatories. / Dieser Artikel von Etzel Cardeña in englischer Sprache wurde von vielen Wissenschaftlern aus aller Welt gezeichnet und ich gehöre ebenfalls zu den Unterzeichnern. Harald Walach

A call for an open, informed study of all aspects of consciousness

Science thrives when there is an open, informed discussion of all evidence, and recognition that scientific knowledge is provisional and subject to revision. This attitude is in stark contrast with reaching conclusions based solely on a previous set of beliefs or on the assertions of authority figures. Indeed, the search for knowledge wherever it may lead inspired a group of notable scientists and philosophers to found in 1882 the Society for Psychical Research in London. Its purpose was “to investigate that large body of debatable phenomena… without prejudice or prepossession of any kind, and in the same spirit of exact and unimpassioned inquiry which has enabled Science to solve so many problems.” Some of the areas in consciousness they investigated such as psychological dissociation, hypnosis, and preconscious cognition are now well integrated into mainstream science. That has not been the case with research on phenomena such as purported telepathy or precognition, which some scientists (a clear minority according to the surveys conducted1) dismiss a priori as pseudoscience or illegitimate. Contrary to the negative impression given by some critics, we would like to stress the following:

1) Research on parapsychological phenomena (psi) is being carried out in various accredited universities and research centers throughout the world by academics in different disciplines trained in the scientific method (e.g., circa 80 Ph.D.s have been awarded in psi-related topics in the UK in recent years). This research has continued for over a century despite the taboo against investigating the topic, almost complete lack of funding, and professional and personal attacks2. The Parapsychological Association has been an affiliate of the AAAS since 1969, and more than 20 Nobel prizewinners and many other eminent scientists have supported the study of psi or even conducted research themselves [3].

2) Despite a negative attitude by some editors and reviewers, results supporting the validity of psi phenomena continue to be published in peer-reviewed, academic journals in relevant fields, from psychology to neuroscience to physics e.g., [4-7].

3) Increased experimental controls have not eliminated or even decreased significant support for the existence of psi phenomena, as suggested by various recent meta-analyses [5], [8-16].

4) These meta-analyses and other studies [17] suggest that data supportive of psi phenomena cannot reasonably be accounted for by chance or by a “file drawer” effect. Indeed, contrary to most disciplines, parapsychology journals have for decades encouraged publication of null results and of papers critical of a psi explanation [18-19]. A psi trial registry has been established to improve research practice [20].

5) The effect sizes reported in most meta-analyses are relatively small and the phenomena cannot be produced on demand, but this also characterizes various phenomena found in other disciplines that focus on complex human behavior and performance such as psychology and medicine [21-22].

6) Although more conclusive explanations for psi phenomena await further theoretical and research development, they do not prima facie violate known laws of nature given modern theories in physics that transcend classical restrictions of time and space, combined with growing evidence for quantum effects in biological systems [23-24].

With respect to the proposal that “exceptional claims require exceptional evidence,” the original intention of the phrase is typically misunderstood25. Even in its inaccurate interpretation what counts as an “exceptional claim” is far from clear. For instance, many phenomena now accepted in science such as the existence of meteorites, the germ theory of disease, or, more recently, adult neurogenesis, were originally considered so exceptional that evidence for their existence was ignored or dismissed by contemporaneous scientists. It is also far from clear what would count as “exceptional evidence” or who would set that threshold. Dismissing empirical observations a priori, based solely on biases or theoretical assumptions, underlies a distrust of the ability of the scientific process to discuss and evaluate evidence on its own merits. The undersigned differ in the extent to which we are convinced that the case for psi phenomena has already been made, but not in our view of science as a non-dogmatic, open, critical but respectful process that requires thorough consideration of all evidence as well as skepticism towards both the assumptions we already hold and those that challenge them.

This is an open-access article distributed under the terms of the Creative Commons Attribution License (CC BY). The use, distribution or reproduction in other forums is permitted, provided the original author(s) or licensor are credited and that the original publication in this journal is cited, in accordance with accepted academic practice. No use, distribution or reproduction is permitted which does not comply with these terms. 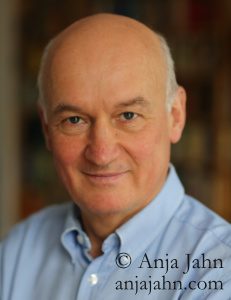